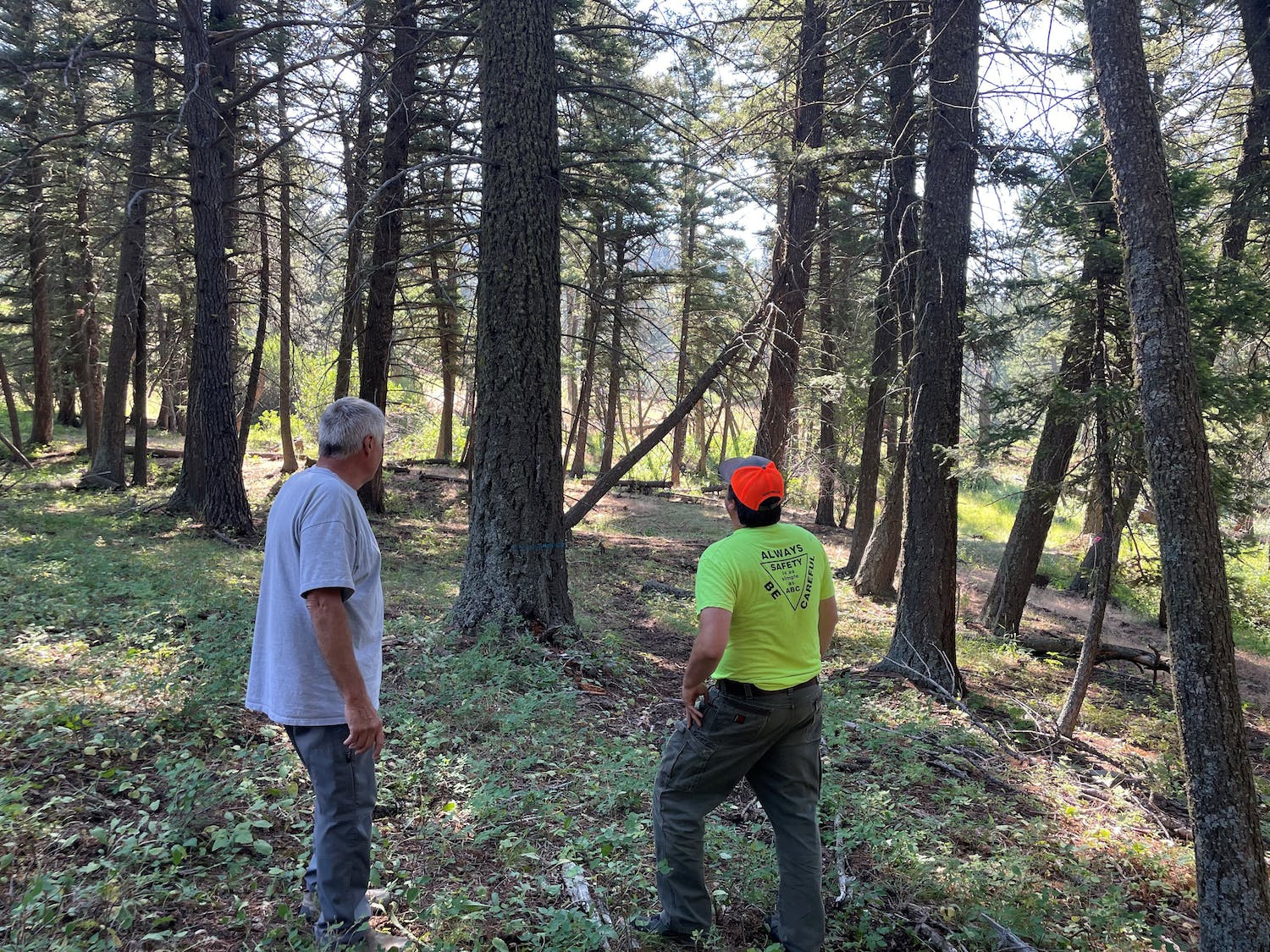 “I think people philosophically question whether man has a role in managing forests or if letting nature take its way is the best route. The reality is that we live in forests now. We have our cities and towns and homes [in the forests], and the forests have changed based on the fact that humankind is on the landscape.” – Gary Ellingson, Forester with the Montana Department of Natural Resources and Conservation.

Nature vs. nurture. It’s a topic often discussed in psychology and genetics – a concept you may have even questioned in regard to your own children’s behaviors. However, it's also a point of contention in forest management issues. When it comes to forests, should we nurture them through intervention or let them take their “natural” course? Can a forest that has already been thinned and treated by humans be considered natural? Should we hold “natural” forests to a higher standard than managed forests? Is the pursuit of “natural” forest lands even feasible anymore?

The reality is – just as Gary Ellingson alludes to – human existence has already had a profound effect on our forest's natural cycles and regeneration patterns. Because of this, humans now play an important role in maintaining and fostering healthy, diverse forests that can withstand the new and evolved disturbance they are faced with today. The question should not be whether or not humans should intervene with our forests, but rather how we can coexist harmoniously by providing treatment that mimics natural cycles.

Human intervention in forest systems is nowhere near a new phenomenon. Since the beginning of mankind, humans have used forests for their essential, renewable resources. Fuel, building materials, tools, weapons, and paper are just a few of the many things mankind has cultivated from our forests.

Even before the colonization of the west, it’s been found that Native Americans used fire for “cultural burning.” This “cultural burning” was similar to what we now refer to as “prescribed burns,” where there was an “intentional lighting of smaller, controlled fires to provide a desired cultural service, such as promoting the health of vegetation and animals that provide food, clothing, ceremonial items and more.”

With the introduction of European colonists to North America came centuries of harvesting, burning, and suppression. “When Europeans arrived in North America, they caused dramatic changes in fire regimes. Cutting down forests for agriculture, decimating Native American populations with disease, and tilling vast areas of grasslands all caused the role of fire to change,” explains Jan van Wagtendonk in The History and Evolution of Wildland Fire Use.

Between 1872 and 1967 the U.S. entered into a century of extreme fire suppression patterns with the introduction of the world’s first national park – Yellowstone National Park. With more and more national parks being established in the 1890s, fire suppression became the name of the game. The U.S. Forest Service was later established in 1905 to help protect the long-term viability of the nation’s forests.

“From its earliest days, the Forest Service pursued a single-minded goal regarding fire: minimize the size and number of wildland fires, if not eliminate them all together,” explains Diane Smith in Sustainability and Wildland Fire.

This fire management goal stayed intact until around 1968 when fire was recognized as an essential tool to a forest’s natural ecological process. However, forest managers and fire scientists still sought the best technique to help prevent catastrophic wildfires, especially considering the growing concern for an expanding wildland-urban interface.

“Stewardship of our forest resources through forest management is an ecological solution to many of our modern-day problems. Namely, forest degradation, economics, insects and disease, and displacing the natural disturbance regimes of environs,” states Vinh Lang in Sometimes a Wild Notion: Wilderness vs. Forest Management. “This strategy is not mutually exclusive of other goals in the common good including recreation, sportsmanship, water quality, biodiversity, forest health, or forest preserves. These can all be elevated through ecological management of our forests.”

And yet, despite the research and a growing understanding of how thinning and prescribed burns can help promote biodiversity and the long-term health of forests, there is still resistance to any and all active forest management. A pristine and “natural” view of nature still remains, despite the clear history that has proved this idea to be a facade of our modern world.

The forest products industry is often met with resistance to any proposition of “nurture” – no matter how beneficial it may be to forest health or to society. It is difficult for the world to imagine how humans can help maintain and rebuild forests into diverse mosaics that provide all the essential functions that are required of such a complex ecosystem.

As J.A. McNeely describes in Nature vs. Nurture: Managing Relationships Between Forests, Agroforestry, and Wild Biodiversity, “The idea that nature exists as something separate from people has become part of the mythology of industrial society [...] The myth of virgin forest and nature untouched by humans is above all a myth of urban-dwelling people who are well separated from the reality of the forest. ”

With centuries of experience meddling in the forests, forest managers are now learning how to replicate their natural cycles and produce diverse stands that include both thinned, managed areas and untouched wilderness areas.