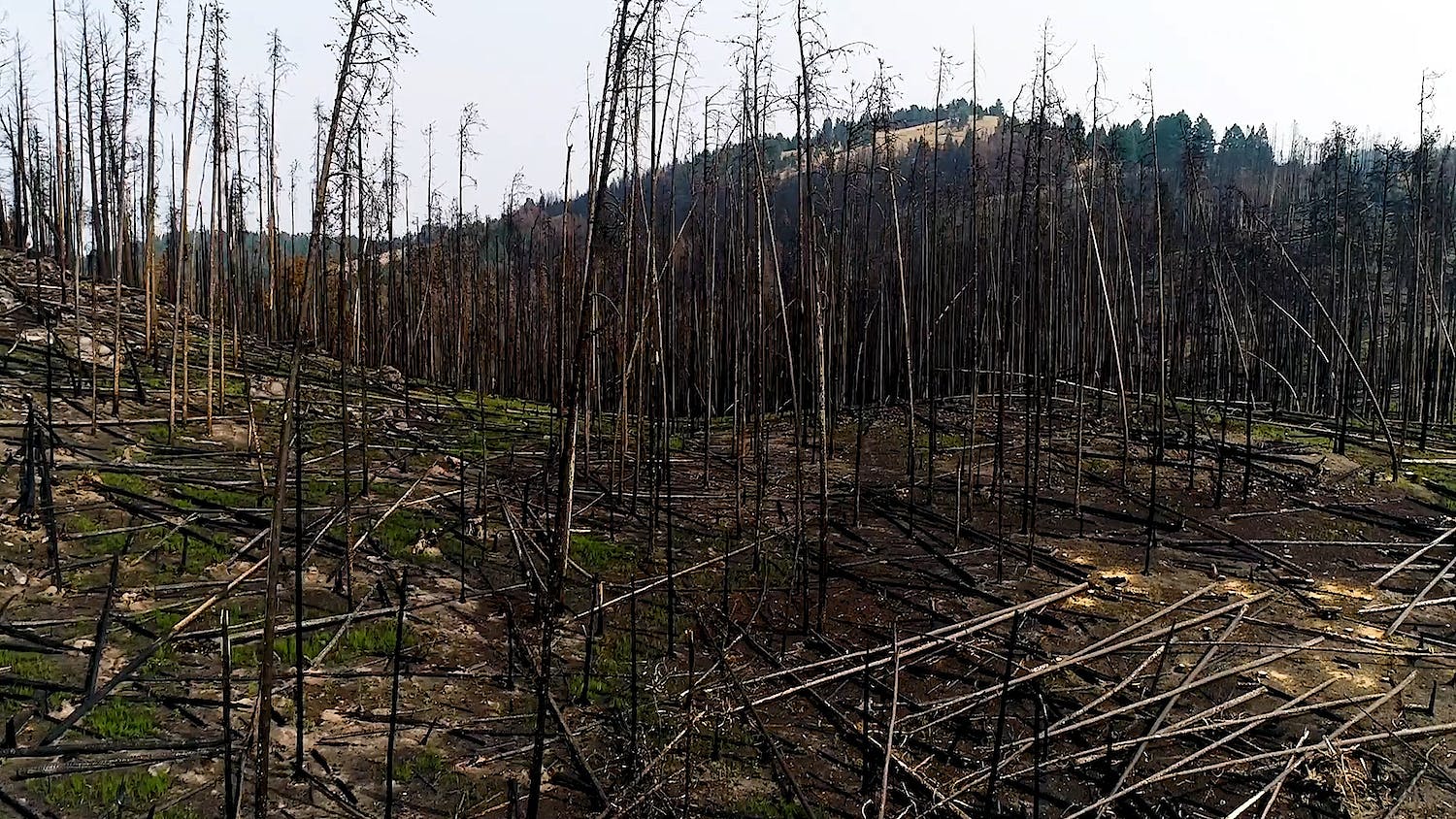 After the Fire: The Effects of Catastrophic Wildfires

Over the past year, catastrophic wildfires have wreaked havoc on the Western United States and across the world. These large-scale forest fires are a danger to society and the land, threatening lives, homes, and the entire forest ecosystem.

Despite popular belief, high-intensity wildfires are not a new phenomenon. Catastrophic fires did occur on particular landscapes before we began to suppress wildfires so freely. However, the current rate of occurrence for catastrophic fires is unprecedented and unsustainable.

For most citizens - those who haven’t been directly impacted by the destruction - once the smoke clears and the sky is blue again, things tend to go back to normal, and fire season is forgotten. However, the forest ecosystem doesn’t forget as quickly. Catastrophic forest fires have long-term, negative effects on soil, air, water quality, and wildlife habitat.

While smoke and air quality are top of mind for people during fire season, these temporary health effects may be the least of our concerns. Wildfires put out carbon and aerosol emissions that are detrimental to the ozone layer.

This is problematic for two reasons, the first being that this increase in carbon dioxide emissions can negatively affect our climate, water quality, and air quality. Additionally, forests are one of our largest natural carbon sinks, capturing and storing carbon until the trees are burned or left to rot. With an increase in catastrophic wildfires, so many forests are being completely obliterated, eliminating their ability to sequester atmospheric carbon for many years or even decades.

According to the U.S. Geological Survey (USGS), “approximately 80% of the freshwater resources in the U.S. originate on forested land, and more than 3,400 public drinking water systems are located in watersheds containing national forest lands.” With so much of our freshwater originating on forest land, it is essential that we do everything we can to try to protect these water sources, especially when it comes to wildfires.

Large catastrophic forest fires can have significant long-term effects on water quality. Ash and sediment can contaminate water sources, elevating nitrogen and carbon levels which can last for over a decade after the fire has been put out. This additional sediment can cause an increase in treatment cost and minimize reservoir capacity. Wildfires can also increase the runoff caused by a lack of vegetation and a change in soil composition, altering stream habitat and causing migration or die-off in aquatic species.

High-magnitude forest fires also affect soil quality throughout forested landscapes. Gary Ellingson, a forester with the Montana Department of Natural Resources and Conservation, discusses how fires can change the nature of soil composition:

“With a low severity or an intermediate severity [...] the fire will burn, but you will still have an organic layer of material on the soil that will allow water to infiltrate. It will soak in slowly, the watershed is still healthy, and you still have clean water coming out. When you have a high severity fire, there’s nothing left but mineral soil. When you get thunderstorms and rain events on that, it just washes off the hillside, and you lose the soil. That’s impacting the long-term productivity [of the forest]. If you lose that, it’s gone for many generations.”

What Ellingson is referring to is called “hydrophobic,” or water repellent soil conditions. Hydrophobic soils are caused by increased soil temperatures - between 176 and 288 degrees Celsius - that are seen during catastrophic wildfires. Hydrophobic soils prevent water from penetrating the surface, causing erosion. This degradation “can persist for a year to decades after a fire and is often responsible for reduced infiltration and increased runoff.”

While low and mixed-severity fires can positively affect wildlife, encouraging regeneration and creating a habitat full of wildlife snags, high-intensity fires are a completely different beast. It is difficult to understand exactly how fire affects wildlife during these events; however, we do have an understanding of how different species behave after fires.

Large-scale forest fires tend to burn at such high temperatures that they destroy everything in their path. This completely alters the forest landscape, changing wildlife habitat and displacing species for long periods. According to the Bird Conservancy of the Rockies:

“Studies show that multiple species, from woodpeckers to spotted owls, will avoid severely burned habitats if they cover a large area, but not if they occur in smaller patches next to low-severity or unburned areas. High-severity fire can open the canopy and help plants grow on the forest floor, increasing availability for food for herbivores, and in turn their prey, but these species also require patches of forest for cover.”

“Wildlife can respond positively to high-severity fire when it is intermixed with low severity fire, a pattern referred to as mixed-severity fire. This conclusion harkens back to the mosaic nature of historical forests. Vast expanses of uniform, unvarying forests are neither natural nor beneficial, whether unburned or severely burned.”

Although catastrophic wildfires aren’t a new phenomenon, the rate and scale of these recent fires should not be taken lightly. An overload of fuel due to the past 100 years of fire suppression has made these types of fires extremely difficult to fight and contain.

We are past the point of no interference. Humans have been interfering for years by suppressing fires and urbanizing wooded areas. This means that treatment is now necessary to ensure the safety of these first responders and the wildland-urban interface.

Forest management techniques such as mechanical thinning and prescribed burns are excellent ways to provide fuel breaks and to mimic the nature of low-intensity or mixed-intensity fires. This helps clean up stands, promote regeneration, and avoid high-severity wildfires.