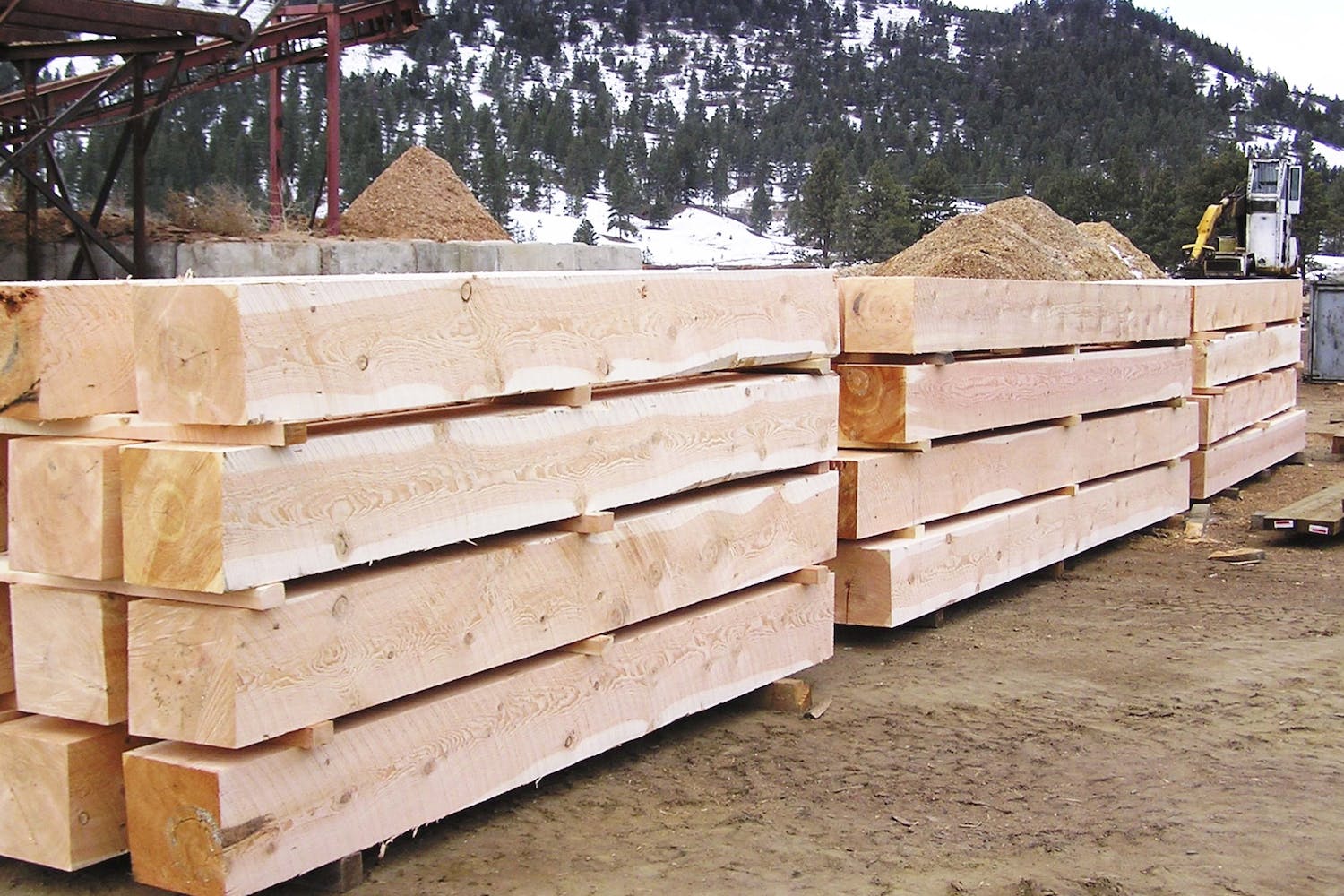 At Marks Lumber, we manufacture high-quality, circle-sawn lumber, timbers, siding, and flooring – all from locally-grown Douglas fir timber. Rocky Mountain Douglas fir is a wonderful choice for many different projects due to its natural durability, beautiful appearance, and availability. But what exactly makes Douglas fir such an excellent material for a wide range of lumber products?

There are two main classifications of Douglas fir – coastal fir and Rocky Mountain fir. Coastal fir is grown along the west coast of the continental United States, where warmer climates allow trees to reach up to 250 feet in height. Rocky Mountain Douglas fir, on the other hand, has a significantly shorter growing season than coastal fir, which causes it to reach an average height of 100-120 feet. This inland Douglas fir has an average Diameter at Breast Height (DBH) of 15-40 inches, as compared to coastal fir, which has an average DBH of approximately 60-72 inches.

Douglas fir ranks high in a variety of different performance tests, coming in with the highest rating for modulus of elasticity (MOE) out of all North American softwoods. The MOE measures the stiffness of a given type of wood, which is indicative of its strength.

Additionally, Douglas fir has a Janka hardness rating of 710 pounds, meaning it takes 710 pounds to imbed a .444" diameter steel ball to half its diameter into the material. Rocky Mountain Douglas fir's high-performance ratings, along with its close grain, make it a go-to material for structural products.

Not only does Rocky Mountain Douglas fir have an outstanding performance rating, but it also has a truly unique appearance. Douglas fir is known for the stark mix of colors that varies from sapwood to heartwood. Fir tends to be predominately made up of sapwood which has a very light white or yellow hue. In contrast, the heartwood has more of a reddish or orange tone, creating those touches of warmth that Douglas fir is known for.

In Montana, Rocky Mountain Douglas fir is abundant, especially throughout the western half of the state. At Marks Lumber, our location has been a critical part of our operation, allowing us to harvest locally, thereby reducing our transportation and overall environmental impact.

Marks Lumber offers a wide array of Rocky Mountain Douglas fir products, including lumber, timbers, flooring, and siding! All of our Douglas fir material is rough sawn, maintaining the natural beauty and character of the wood. We embrace the true Montana look that Douglas fir embodies, creating unique products that will last for years to come.